It took me a long time to watch this movie—I did not want to risk distracting myself in the midst of my Master Thesis with a new version of the Gawain character. Thankfully, having waited meant accessing the movie was much easier, and we have both Blu-ray and standard DVD versions available on the 2nd floor. Written and Directed by David Lowry, The Green Knight is a modern take on the 14th-century anonymous chivalric romance Sir Gawain and the Green Knight. The movie follows Gawain, King Arthur’s nephew, as he contends with his hero journey.

As a fan of movies, I loved it. Dev Patel is incredible, and Alicia Vikander’s dual roles add depth and nuance. The musical score adds to the eerie feeling of the entire film, and multiple “what if” sequences create an atmosphere of paranoia and confusion.

For a casual viewer, this film might be too confusing to be enjoyable. However, Gawain is a man conflicted, with a powerful mother willing to do anything to get him into his proper place of glory. The ambiguous ending does nothing to relieve the tension of the final “what if” sequence, but I do not think there could have been a better ending for this modern Gawain.

I say modern because—and this is where my experience as a medieval scholar overshadows everything else—Dev Patel’s Gawain is a conflicted and confused man who misunderstands the transactional value of relationships in an honorable court. The idea of a reluctant hero is incredibly modern. The medieval romance upon which this film is based shows a Gawain already at the peak of his power, serving in the court of a young King Arthur.

I’m drafting my feelings as a scholar into a proper journal article, but as a fan of movies, as a library worker and as a lover of the mystical, I find myself more in love than not and would rate this movie 4.5 out of 5 stars. I have, of course, immediately launched into reading translations of Sir Gawain and the Green Knight, many of which can be checked out from the library. 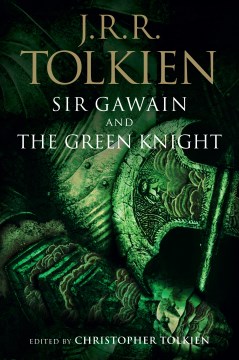 J.R.R. Tolkien, yes of Lord of the Rings fame, was an accomplished medieval scholar. While unfinished at the time of his death, his son Christopher finalized the translation into Modern English: Sir Gawain and the Green Knight; Pearl; and Sir Orfeo. Not my favorite translation, but a great way to access the original text for the first time. 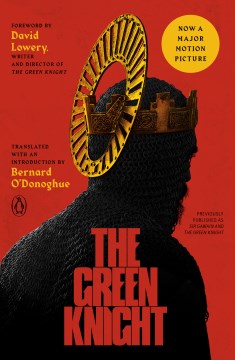 The Green Knight
translated with an introduction and notes by Bernard O’Donoghue; foreword by David Lowery

This is the translation into Modern English that David Lowery used as the basis for his movie, hence the republication with the fancy new cover. A Penguin Classic, Bernard O’Donoghue’s translation of The Green Knight is not a bad way to go for casual readers. 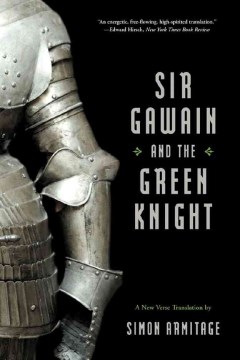 Sir Gawain and the Green Knight
translated by Simon Armitage 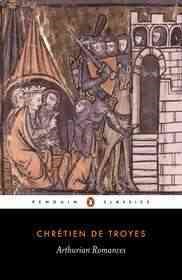 And finally, as a bonus, if you enjoyed Sir Gawain’s adventures, you might want to investigate Chrétien de Troyes’s 13th century (and the creation of Arthurian Romance genre) romances, wherein he created Lancelot.